One of the main gripes I had about Keyboard Maestro was the lack of built in functionality to list text expansions. I like the idea of text expansions, but I often forget them while trying to build my muscle memory. I've recently discovered a bit of a hack to implement this using built in functionality for Keyboard Maestro. I hope that you find this helpful.

Before we begin, here's the final outcome:

For this example we'll name it Text Expansion List Tutorial Example. You can see my personal text expansions in the Text Expansions group, ignore those for now. 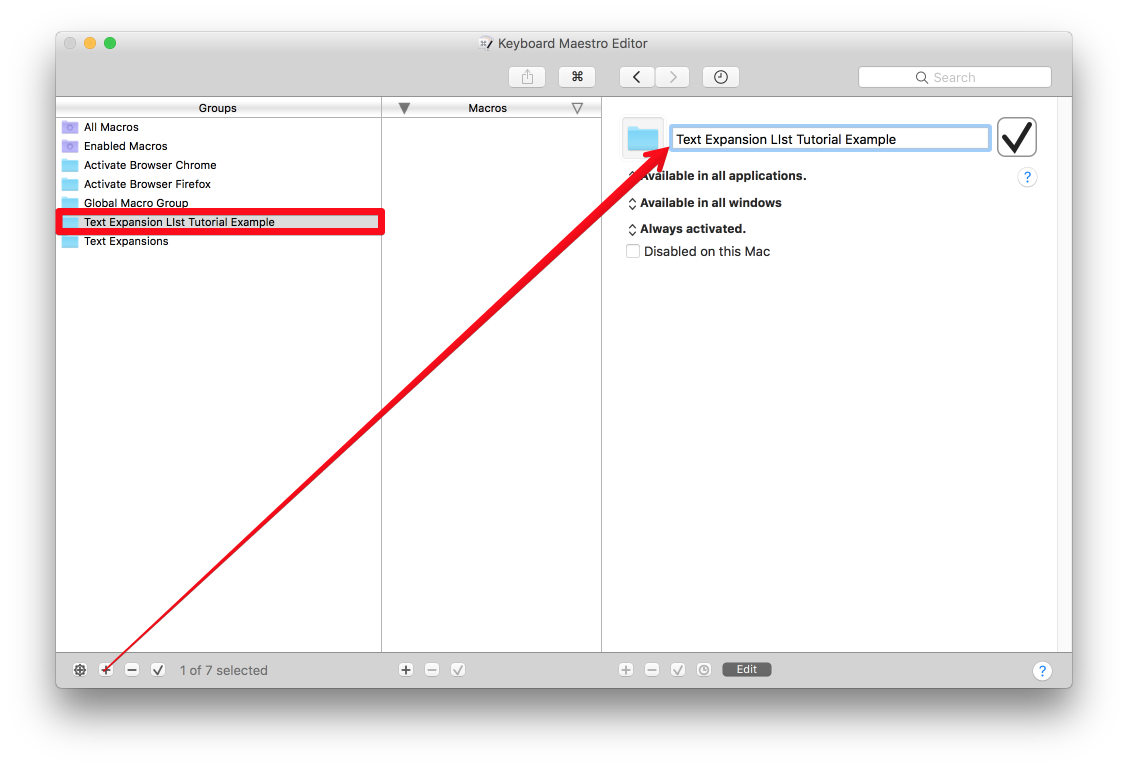