One size does not fit all

Application requirements vary tremendously from one application to another. This guide is not meant to be a prescriptive set of steps that anyone can apply to any single page application. This is a high level guide that gives you a few helpful tips and some starting points to guide you along your own journey to a more performant frontend web application.

First we'll need to make sure that the application binary is as close to the production build as possible. We don't want development scripts to impact performance analysis. To do so, we'll use the build command that was seeded by CRA for this project. This creates a production ready asset that you can then distribute. 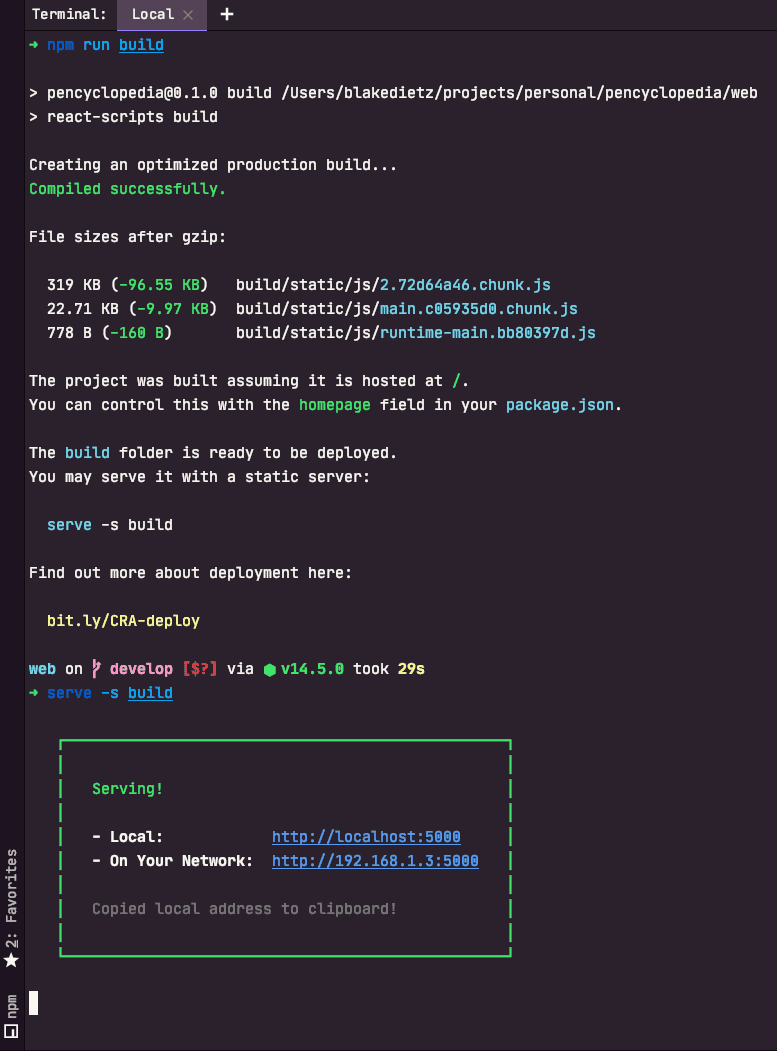 Above, we first run the build command to create the assets. We then install serve which is a local static file server. From there the static file server is run locally to serve the built assets. This is what Lighthouse is going to be running the analysis against. Of course, you could always run this against your production site, but that makes iterating more cumbersome.

Use Lighthouse to find bottlenecks

First of all, you need to identify if your application has any performance issues. Chrome has a built in tool called Lighthouse that you can leverage to identify specific performance bottlenecks. To use Lighthouse, open Google Chrome and do the following: Lighthouse is ridiculously powerful. Learn more about what it does and how to use it here. The simplest way to get started is to click "Generate report". Once the report is generated, you'll see a high level breakdown of your app performance at the top of the window.

Lighthouse is so powerful that it even picks up on project frameworks and gives you smart recommendations. Here's a section from the report detailing unused code as a performance bottleneck for the home page and how you can address the problem in React. 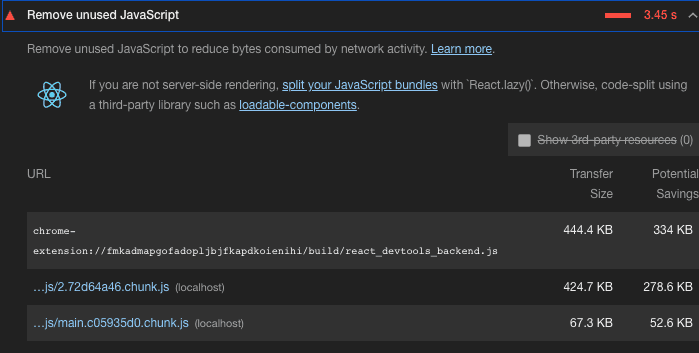 For this example, we just so happen to be running Lighthouse against a single page. While although Lighthouse is reporting that there is dead code for the current page, it may very well be that the code is used somewhere else later at a different point in the application, just not now, for the page we're analyzing. So the code may not be completely dead in the sense that it's never used, just dead in the current user context.

This is where code splitting comes in. Traditionally web application bundles are sent as a singular binary. For a user experience this can lead to users downloading all the code related to each page in the app, when they're only viewing one page of the app.

Code splitting allows your application bundle to be split into multiple independent bundles called chunks. You can think of chunks as asynchronous modules that are only requested by the client when they are required. So, how does this help solve the unused code error that Lighthouse is reporting?

Code splitting allows you to divide your app into logical divisions. These logical divisions represent chunks which are those bundles that are asynchronously loaded into the app when they're required. You can code split at any logical division in your app. The most common logical division is done at page level which just so happens to fit the current problem at hand as the code that's being reported as dead is used, just not on the current page. So we can code split each page in the app. This would allow users to view one page in the app, without pulling down the whole web application and in turn would help to fix the dead code issue that we're currently facing for all pages in the app.

You don't have to stop at pages. For example if you had a tabs view that was relatively complex, you could code split the page as well as each tab in that page effectively only loading the associated source code for the tab when the user is attempting to interact with it.

React docs recommend starting at the route level (which is practically page level) to leverage code splitting. This turned out to work well with my project because I'm utilizing react-router-dom for the routing mechanism anyway. The documentation recommends leveraging Suspense along with lazy and dynamic import to implement code splitting.

Here's what the code looks like before and after:

Anything that was a top-level route component was converted from the ESModule language import syntax to use the lazy and dynamic import functions that are provided by the react module instead. 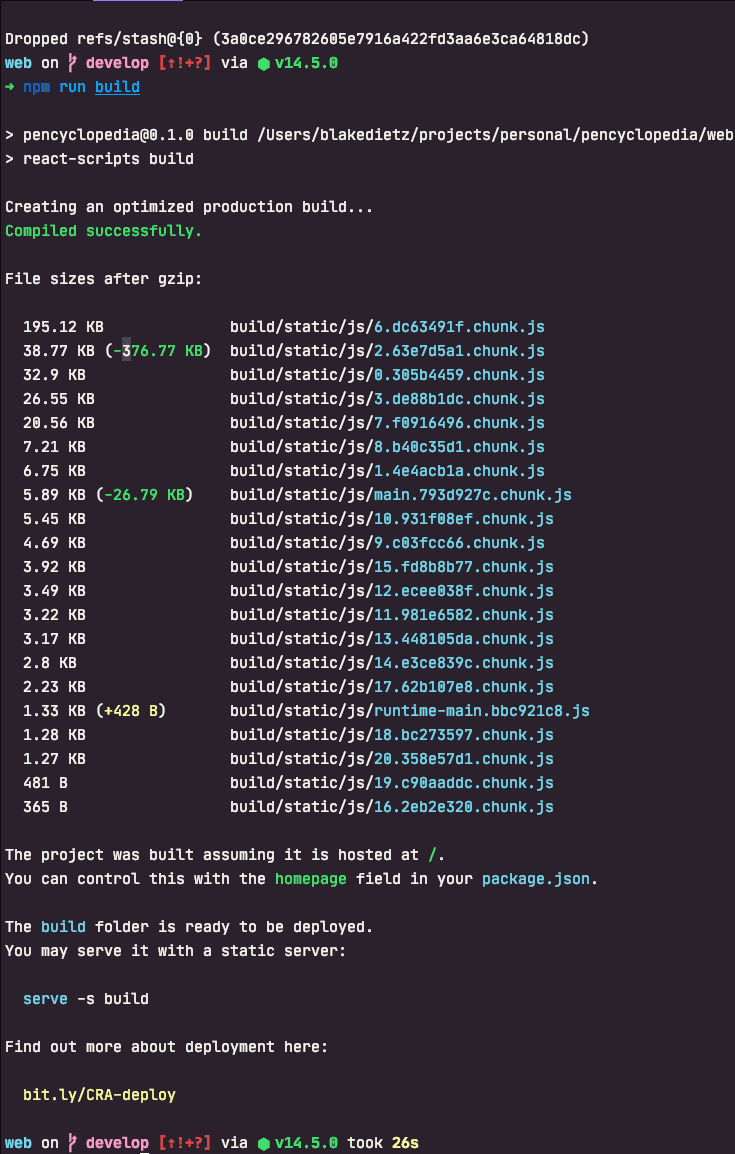 Previously there were 3 different chunks. As you can see there's quite a few more after this change, and this is exactly what we want. Leveraging code splitting, the application is able to separate parts of our application into separate assets. These assets are only loaded when the application requires them at runtime. This allows for reducing overall asset sizes which helps to improve load times for network constrained clients.

So, what's our new score?

Leveraging code splitting, our score jumped 46 points to a total of 89, which is pretty impressive considering the amount of effort that was required to do so. This change puts the application on the edge of a good rating.

And for now, we'll leave it at that. It should be noted, that although the changes made in this walkthrough do impact site wide load times, you'll need to run Lighthouse for each page in your application and assess the root cause of performance issues accordingly.